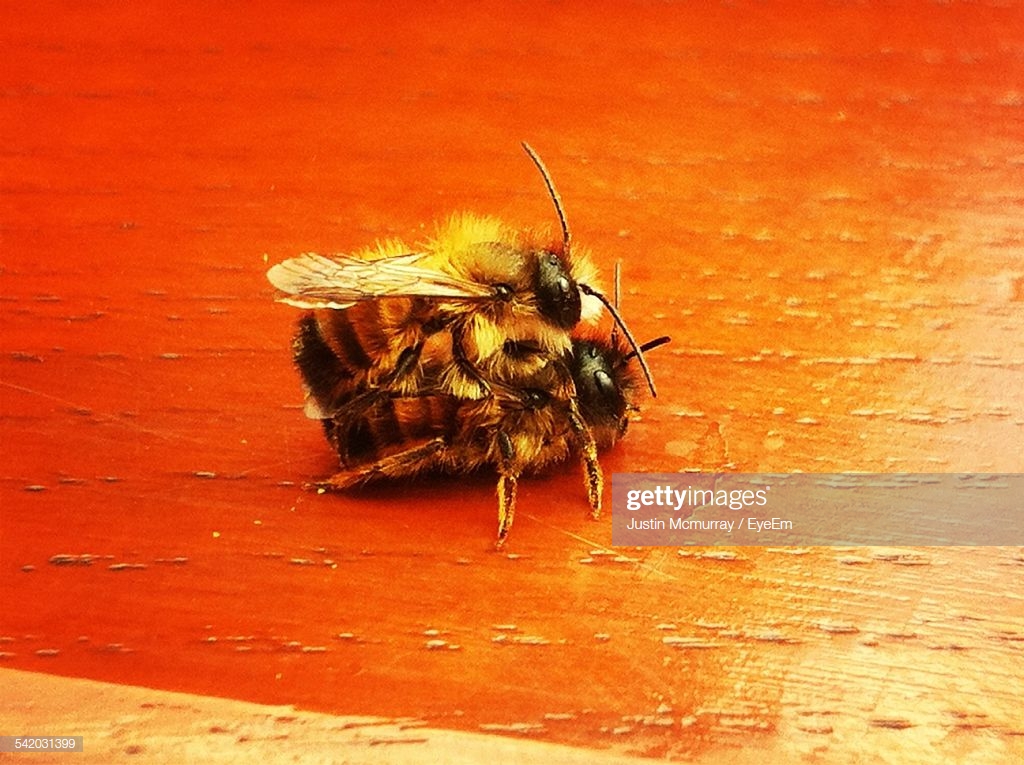 In our last lesson, we discussed the life span of the bees and discovered that the queen bee had the longest lifespan of all. And, like most species of insects, bees undergo metamorphosis where they start as eggs and grow and transform as they reach adulthood. The life cycle of a honey bee is made up of four important stages. These four stages are the egg, the larva, the pupae, and the adult stage. The life cycle of a honey bees, begins with a egg. An egg involves two adults mating, this brings us to our new topic; reproduction in honey bees.

We tend to take for granted bees and their reproductive process. “If the bee disappeared off the face of the earth, man would only have four years left to live.” Says Maurice Maeterlinck in The Life of the Bee. Therefore the need to know how they reproduce so we would be able to make sure they don’t go extinct. So, let’s look at the mysteries behind one of the earth’s most brilliant, important and yet tiny creatures.

Most animals reproduce sexually, which means that both males and females are required for the species to survive. The honeybee is no exception to this rule: the female queen bee produces new offspring by laying eggs that have been fertilized by sperm from male drones. A colony of honey bees revolves around the queen. But what is her role in the reproductive process?

Queen honey bees are fascinating creatures that determine the success or failure of the colony. Her oviducts hold most of the sperm she collects, equating to about 100 million sperm. This is the sperm she will use to immediately fertilize eggs. The remaining 5 to 6 million sperm will be stored in her spermathecal. This sperm will remain in good condition for up to 4 years of life.

Only the queen bee and the drones have a fully developed reproductive system. The worker bees have an atrophic reproductive system. Queen honeybees mate just once in their lives, within weeks of emerging as an adult from the little honeycomb cells in which they grew. After a series of orientation flights, a virgin queen bee sets out for mating between the 5th and 14th day after her emergence from her queen cell. The mating flights may be the only time she will ever leave the hive. But at least she seemed to make the most of it: She mates in mid-air, at about 20 feet above the ground, with 7 to 15 drones in mid-air and in approximately a 25-meter height, in temperatures higher than 20°C, with wind speed lower than 28 km/h and during afternoon hours. During mating, the drone grasps the queen, he everts his endophallus using a contraction of his abdominal muscles and hemostatic pressure and inserts it tightly into the queen’s reproductive tract. He immediately ejaculates with such explosive force that the tip of his endophallus is left behind inside the queen and his abdomen ruptures. The drone falls to the ground, where he dies soon after. Parts of his genitals remain inside the queen’s vagina – called the “mating sign” – and are removed by the next drone. Mating lasts 5-18 minutes. The queen stores the entire spermatozoon in the spermatheca and her gland excretes nutrients for the survival of almost 7,000,000 spermatozoa, which are adequate for the rest of her life.

The multiple mating of the queen is directly related to the fitness of the colony. The greater the number of mating the greater is the genetic viability among the queen’s worker offspring. We now know that queen bees mate with approximately 10 to 20 drones, typically throughout several flights.  By spreading the mating process both over time and over multiple drones, the queen limits the probability that she will mate with a drone that shares the same sex alleles.  This varied mating program minimizes the chances of inbreeding and maximizes the chances for “hybrid vigor” (the tendency of a crossbred individual to show qualities superior to those of both parents). Also, some scientist found that the number of partners appears to be a key factor in making the queen attractive to the worker bees of a colony; the more partners, the more attractive the queen is and the longer her reign is likely to be.

In honey bees, the sex of an egg is normally determined by the fertilization or non-fertilization of the egg, rather than the presence or absence of sex chromosomes. This mode of sex determination was first discovered by Johann Dzierzon, a Catholic priest, in 1845. Dzierzon reported that a virgin queen that has not taken a mating flight produces only male progeny (Dzierzon et al., 1945). His report was the first rigorous description of a sex-determination system, occurring more than 50 years before the discovery of sex chromosomes (McClung, 1902; Wilson, 1905). The queen bee lays two kinds of eggs –fertilized and non-fertilized eggs. The non-fertilized eggs will develop into drones, while the fertilized will grow into female individuals (Winston, 1987). This determination is called gender determination. Afterward, the female individuals can develop into queens or workers, depending on their nutrition during their larva stage.

In their natural habitat, queens lay differently than they do if being raised by a beekeeper. Wild honey bees create hives in locations such as trees. When a queen lays her eggs in these natural settings, she will lay them in an oval-shaped cone on the roof of the hive. This is when the royal jelly is applied to all eggs to keep the larvae from falling out. If a queen lays brood inside a beekeeper’s hive, she usually picks a frame near the center of the box to begin laying. Worker bees will apply a small amount of royal jelly to stabilize the larvae on the frame.

Honey bee eggs measure 1 to 1.5 mm long, about half the size of a single grain of rice. When the queen lays her eggs, she moves through the comb, closely examining each cell before laying her eggs. The process of laying one egg takes only a few seconds, and a queen is capable of laying up to 2,000 honey bee eggs within a single day.

She lays her eggs using an organized pattern, placing each egg next to others within a cell. Queens begin laying their eggs in the center of the cell frame, so workers can place honey, royal jelly and other foods for larvae on the outer edges. When she lays a honey bee egg, it becomes attached to the cell by a mucous strand. During the first stage of development, the digestive system, nervous system, and outer covering are formed. After three days, the eggs will hatch into larvae, which will be fed by worker honey bees with honey, royal jelly and other liquids from plants. These honey bee larvae have no legs, eyes, antennae or wings; they will eat and grow into adult workers, queens or drones.

It is an interesting truth that man, in all his brilliance, depends so greatly upon a creature only a few centimeters in size. Yet, it is a truism that becomes ever more evident as bee populations struggle. To maintain our current lifestyle, with our inherent demands on the environment, bees must reproduce on a grand scale, to deliver on their important role as pollinators.