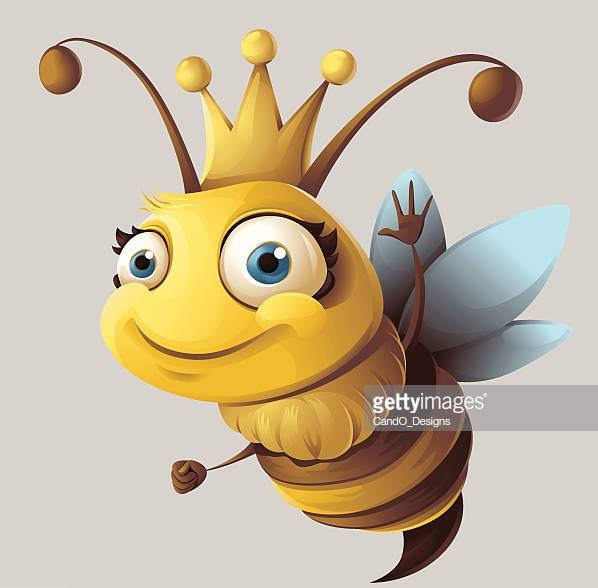 Good day friends, its nice meeting you again. I am sure you’ve been having fun, learning a lot about the bee. And once again I am Bee Royal. Let’s do a quick revision of our last lesson.

In our last lesson , we discovered one of the major ways we communicate is through dancing, sounds unbelievable right? Well, it’s one of our many mysteries and you will find out more just keep following as a good student. Today, I will like to let you know that we live quite long especially our queen bee. I’m about to reveal another shocking fact, are you ready for the ride? Let’s go!

The Lifespan of a Honey Bee

Like most species of insects, bees undergo metamorphosis where they start as eggs and grow and transform as they reach adulthood. The life cycle of a honey bee is made up of four important stages. These four stages are the egg, the larva, the pupae, and the adult stage.

A bee colony, an extremely organized, sophisticated society, is made up of three castes (categories) which is the queen, the worker bee and the drone bee.

The following table shows the lifespan of the different caste of bees from their birth.

With good health and a bit of luck, a honey bee colony can continue for years. However, the individual honey bees inside will not last that long. Like every living thing, bees have an average lifespan. The lifespan of a bee depends on several factors. These factors include the sex of the bee, the time of birth, the role of the bee, climate all these determines how long a bee will live. The life span of the honey bee is also determined by pollen consumption and protein abundance, as well as the honey bee’s level of activity. As mentioned earlier, honey bees come in three different castes, the queen bee, the worker bee, and the drone. The lifespan of each one of these bees is different from the others and we will be looking at them one after the other starting with the drone bee.

Drone bees are the male bees in the honey bee family. These male drone bees develop from unfertilized eggs, this is why it is believed that they don’t have a father. Drone eggs can be laid by unmated and mated queens, failing queens, or laying workers. Drone bees make 15 % of the colony population. They are large and can be differentiated from the queen by the tapered shape of their abdomen. They are needed to mate with new virgin queens. Mating takes place outside and well away from the hive. This lessens the likelihood of drones mating with their mother queen bee. Drones do no other work. They laze around the hive and eat. On warm afternoons they go out to look for virgin queens. They don’t serve any function in the hive, they never collect food, feed the young, or secrete wax. They are not beneficial for the function of the colony, they have no defense mechanism as they are without a stinger, and also don’t have a long tongue for nectar collection. The drone has only one purpose, to mate with the queen and offer the diversity of genetic material.

The first time drones leave the hive is six days after emerging from the cell. They fly to the areas known as drone-congregating areas and only return to the hive after failed mating. Drones that were successful in mating with the queen die soon after mating. When drone bee mates with a queen, his reproductive organs are ripped from his body. The successful drone falls to the ground and shortly dies after mating.

If a drone bee does not mate with a queen, he will live several months during the warm season.At most, drones may live for up to 4 months. Drones average the shortest lifespan of all the types of the honey bee. The average lifespan of the drone is eight weeks.

Despite being the smallest in size, worker bees are the largest number of individuals: a hive can contain 20,000 to 80,000 workers. Worker bees are female bees hatched from a fertilized egg. these non-reproductive females do all the work for the hive. However, the lifespan of the worker bee is determined by the season in which it is raised, during seasons where much work has to be done, worker bees cannot live that long. The first few weeks of a worker’s life are spent working within the hive, while the last weeks are spent foraging for food and gathering pollen or nectar.

Workers raised in the autumn have no brood to care for because this is a period when the queen stops producing eggs. These workers, and the queen, are mostly the remnant of the colony for the year as part of the colony may have left in a swarm, in order to form a new colony elsewhere, and they must throng together around the queen to keep her warm during the winter, and prepare her to emerge the following year to begin foraging again in the early spring.  They may live for 4 to 6 months.

The average lifespan of workers raised during summer is 15 – 38 days. A bee life in summer is heavily affected by carrying out a large number of roles. Because of the high workload during summertime, worker bees work themselves to death, resulting in a shorter lifespan at that time. From feeding larva to defending the hive from predators, a worker bee’s job is never done. Unfortunately for these hard-working ladies, all this work takes a toll on their bodies.

During winter worker bees can live longer because of changes in their anatomy. An increase in the supply of fat bodies and well-developed glands providing food for larvae, increase their lifespan to 140 – 320 days. These fat winter bees spend the cold months inside the hive. They contain larger fat bodies inside their abdomen. Their job of eating honey and helping heat the hive does not wear out their body parts as quickly.

The lifespan of the worker honey bees varies greatly depending on when they emerged from their cell.

Her majesty is the most important bee in the hive. The queen has the longest lifespan and can live up to seven years. The queen also hatches from the fertilized egg, the same as the worker bee. The only difference between the workers and the queen is their diet. While the worker bees are no longer fed the royal jelly later in their larvae stage, the queen bee is fed until she is completely matured and ready to emerge.

The queen bee typically has a lifespan that ranges between periods of 3 to 5 years. A queen honey bee will live up to this age only in the condition that she doesn’t have any illnesses or diseases. Yet, she rarely lasts that long in the honey bee colony, this is as a result of a process called ‘supersedure’– As the queen bee ages, her pheromone production declines and egg-laying slows. In such a case, a new queen will be produced, and the old queen replaced. She is the longest-lived because she doesn’t have to work outside the hive so her wings and other parts don’t wear out as quickly.

The queen bee is responsible for producing the eggs that will eventually give rise to the other members of the colony. During her entire life, the queen can lay hundreds of thousands of eggs. The only reproductive female in the colony, she is the mother of all.

Despite this, it is important to note that the queen cannot survive alone in a colony as it needs other bees to produce honey and pollinate plants.