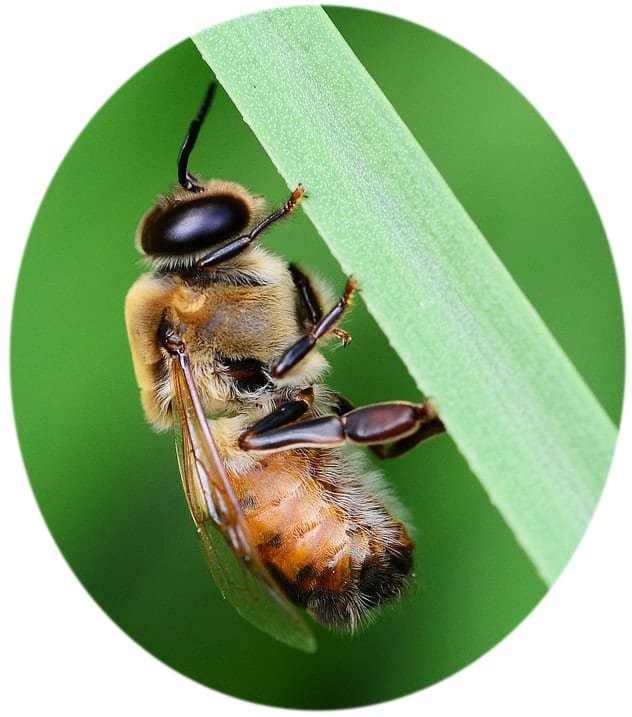 –  DRONES ARE IMPORTANT THAN THEY APPEAR

In our last lesson, we concluded that it is an interesting truth that man, in all his brilliance, depends so greatly upon a creature only a few centimeters in size. Yet, it is a truism that becomes ever more evident as bee populations struggle. To maintain our current lifestyle, with our inherent demands on the environment, bees must reproduce on a grand scale, to deliver on their important role as pollinators. And for reproduction to take place then the drone is an important factor in this.  Let’s take a ride to find out how much of an importance they are.

The drone is a plump bee, it sorts of look like a bumblebee. Drones can vary widely in size, but they are larger than workers and smaller than queen honey bees.  The cells they develop from are slightly larger than worker cells. They also have significantly larger eyes in comparison with queen and worker honey bees. Drones are fertile male honey bees, and they are vital for the survival of honey bee colonies. Their primary role is to mate with a receptive queen honey bee, to ensure future generations of honey bees, and indeed, expansion and creation of new colonies. Their job is to mate with queens from other hives. If they do get the opportunity to mate, they die immediately afterward. If they do not mate, they can live up to 90 days (that’s twice as long as a worker bee!). Drones are incapable of stinging. They are generally present only during late spring and summer.

Drones are easy to spot because of their unique appearance. Drone honey bees weigh about as much as the queen bee but have some clear differences. The drone is stumpier than the queen. It has a thick abdomen (a round fuzzy rear-ends) and long legs, though you can’t tell that so easily because their stomachs hide them. Its  stomach is more of a box shape than workers or the queen and its head is very round. Because of the round shape of its head, its eyes seem closer. Drones have much larger eyes, which are their most distinguishing factor. A drone’s wings are also very large and cover its stomach completely. As mentioned earlier, the drone’s purpose is to mate with a queen. It has an appendage tucked within that it will protrude when mating with a queen.

Drones come from unfertilized eggs (they are ‘haploid’), meaning that no male (drone) was needed for the queen to produce more males – in other words, they are formed without a male ‘parent’.  (In fact, at various times, female worker bees can and do also create drones, although they do not mate with males – they are referred to as ‘Drone Laying Workers’).  As a result, a drone has only half the chromosomes of a worker bee or queen bee – the drone has 16 chromosomes, while workers and queens have 32. (The honey bee drones were haploid were first discovered in 1845 by a Polish apiarist, named Jan Dzierżon – often described as the ”father of modern apiculture” Being haploid means that drones can have a grandfather and grandsons, but a drone cannot have a father and sons!

But they have a maternal grandfather and sons.

For a queen to produce new queens, her eggs must be fertilized, for which drone bees are responsible.  This means that the queen (mother of the drone) has a “father” – obviously a drone whose sperm had fertilized her egg. Therefore, that drone is the maternal grandfather of this drone.

Put yet another way and more succinctly:

This scenario, whereby offspring are reared from unfertilized eggs, is referred to by biologists as ‘parthenogenesis’

From Egg to Birth

The queen’s decisions on fertilizing her egg is based on the size of the cell built by workers. This is determined by the hive’s need for each caste, at any one point in time. Drone cells are larger, so the queen knows to lay unfertilized eggs there. Drone cells are generally laid close to each other, usually towards the bottom of the frame of the hive. A drone cell is larger in diameter and the cap appears higher and more rounded at the top, in contrast to a worker bee cell.

A drone egg is the only type that can be laid by either the queen or a worker. This is because the drone eggs are not fertilized.

Once the egg is laid and becomes a larva, workers will feed it royal jelly. Drones only receive royal jelly for the first 2-3 days (like the workers). This ensures they get the protein needed to kick start their development. After the third day, they are fed bee bread, which is a hearty mixture of honey and pollen. After a drone’s development through larva and pupa stages complete – in 24 days – it will hatch.

The drones’ main function is to be ready to fertilize a willing virgin queen. Drones in a hive do not usually mate with a virgin queen of the same hive. Mating generally takes place in or near drone congregation areas (DCAs), this is a place where drones from different hives gather in wait for a virgin queen.

On warm and sunny afternoons during the mating season, sexually mature drones, fly out of the hive and congregate with other drones high in the air, to form a cloud of bees. There may be as many as 11000 drones from up to 240 different colonies. As soon as a virgin queen enters the congregation of drones, groups of drones are attracted to her, first by olfactory cues (pheromones), and at a shorter range by visual cues. Drones follow the virgin queen in a comet-like swarm each competing to approach and mate with the queen.  Usually, a queen mates within 15–30 minutes, and with just 10–20 of the thousands of drones, and each drone that mates with the queen will die after mating.  During the mating process, the drone’s reproductive organs are torn away from its body, this is because ejaculation happens with such a force that his endophallus is ripped from his abdomen, leaving his abdomen ripped open and causing his death shortly after.

Drones play some roles too

Though drones normally rely on workers for food, they can feed themselves within the hive after they are 4 days old. Since drones eat three times as much food as workers, an excessive number of drones may place added stress on the colony’s food supply. Drones stay in the hive until they are about 8 days old, after which they begin to take orientation flights. Flight from the hive normally occurs between noon and 4:00 p.m. Drones have never been observed taking food from flowers.

Some myths about drones that are not true

But scientists say, “This view, however, is not correct.”  As they still play some important roles in the bee colony which go unnoticed.

The truth is drone performs precisely the role nature gives them and they supply more than just the sperm for fertilization. In some way, the colony’s survival depends on them.

Drones may live for just a few short weeks, which is if they successfully mate with a queen. But it is also possible they may live 3 to 4 months, they are later expelled from their colonies by the end of summer, but in any case, by the end of autumn, there will be few or no drone bees around.